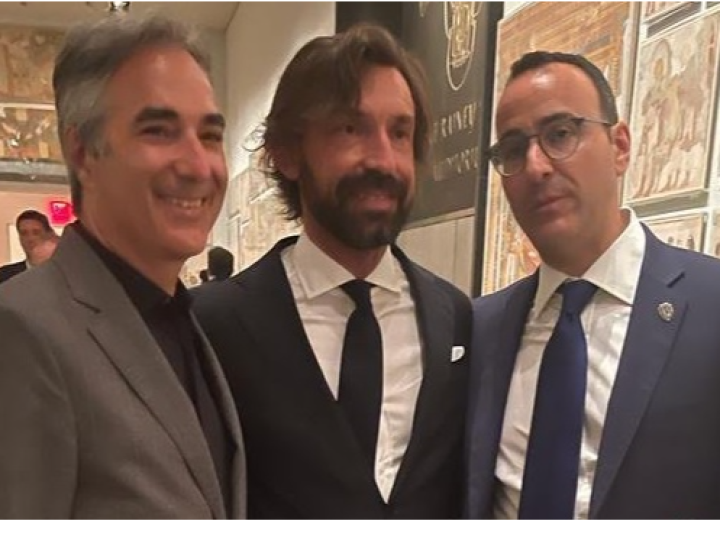 The new owners of the Italian professional soccer club, Cesena FC, John Aiello and Robert Lewis here photographed with Italian legend Andrea Pirlo (center), have confirmed talks are underway with Old Dominion Football Club (ODFC) and its affiliated program, Cesena USA currently based out of the Washington DC Metro Area, to continue their long-standing affiliation.  Old Dominion Football Club has been an affiliate and brand ambassador to Cesena FC since 2009.

Old Dominion Football Club President and Cesena USA Program Director, Andy Vera, said “we are foremost strong supporters of Cesena FC and our aims are to combine the experience developed by our own administrative and technical staff with the experience acquired from Cesena FC to create a unique learning environment for our youth players and coaches…we are excited about the new projects and endless possibilities on the table.”

Old Dominion Football Club, as a U.S. affiliate of Cesena FC, will again join forces with Cesena FC in a consolidated effort to bring advanced player development and coaching education to US-based clubs. Both organizations place a strong emphasis on structured and methodical soccer education.

Cesena FC has one of the most respected youth academies in Italy, responsible for developing 16 players that have reached the highest level of Italian soccer, the Italian National Team. In addition, Cesena FC’s Primavera will play next season in the Primavera 1, Italy’s top youth league, having won the Primavera 2 championship this season. This, coupled with the highly trained and accredited staff of Old Dominion Football Club, all of which hold coaching credentials from the United States Soccer Federation (USSF) and European Football Association (UEFA) and licenses from organizations within the South American Football Confederation (CONMEBOL), hope to open doors internationally to our men and women players.

Old Dominion Football Club, currently as the only US based affiliate of Cesena FC, will continue to work closely on a yearly basis within its academy structure to identify opportunities for US-based players to participate in unique educational experiences with Cesena FC players and coaches, both here and in Italy.